THE WAY OF SUCCESS: interview with Vincenzo Nisco

Rainbow Academy rolls out a new feature The Way to Success, a series of interviews that will let the many passionates of computer graphics learn more about the great Rainbow talents and artists of the world of Animation, Visual Effects and Videogames.

This new regular feature of our blog aims to get together fans and professionals, who can get in touch with each other, understand the ins and outs of computer graphics and find new sources of inspiration. We have decided to give voice to the top personalities in the business such as Rainbow CGI’s Directors and Production Supervisors, Academy teachers and especially to those who have managed to turn their passion into a profession, after studying at Rainbow Academy.

It is also a great chance to get a better understanding of what kind of professional figures inhabit the vast world of computer graphics and, at the same time, to nurture your passion learning from the experience of people who now have a gratifying and successful career.

In the first interview in the series, we are going to meet with Vincenzo Nisco, Rainbow CGI’s Art Director and Rainbow Academy Artistic Director. 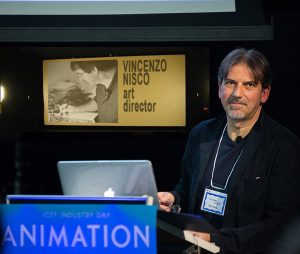 Hi Vincenzo, when and how did your passion for comic books and animation begin?

First, I got into drawing. As a child I preferred playing with paper and pencils rather than with toys, contrary to most of my peers. In the 70s I witnessed the mass invasion of Marvel comic books! That was the beginning of my passion for comics.

Who did you draw inspiration from? Has anybody had an artistic influence on your professional choices?

Well,definitely the style and technique of my favourite aritsts had a great influence on me. Alex Raymond, for example, with Gordon, Rip Kirby…! John Buscema and Neal Adams with their Marvel products. And the great Italian masters like Battaglia, Tacconi, Breccia.

Many young guys wish to pursue a career in this field, creating characters who will enter the history of cinema; they see you as a role model. Can you tell us how your career began and how you landed your job at Rainbow?

I’ve had an extremely intense career so far, especially from an artistic point of view. In the 70s and 80s I worked in the comic book and advertisement industry, taking part in the first experimental animation products with the advent of private Television; then I moved abroad, collecting experiences in Asia, USA and Australia before deciding to come back to Italy and offer my international expertise to the Italian Animation Film Industry!

You worked many years at Disney in Sydney, Australia, taking part in the making of 12 sequels of well-known animated movies. Can you tell us something about that experience? What is the main difference between their reality and that of an Italian animation company?

First and foremost, Disney is a school – when you join their team it feels like being in another world… where everything you have learnt before does not matter anymore. Nothing was ever left to chance… I studied the behaviour of the many trained dogs that live in the “Studios” when I had to work on the making of Lady and the Tramp; I spent days on old vessels while I was working on Peter Pan, and I went drawing in the Australian woods while I was working on Bambi, or made lots of sketches of gorillas in Sydney’s wonderful animal park. It is hard to compare such a reality with the Italian one, especially because of the budget available – there is an enormous difference between the American and the Europan market. 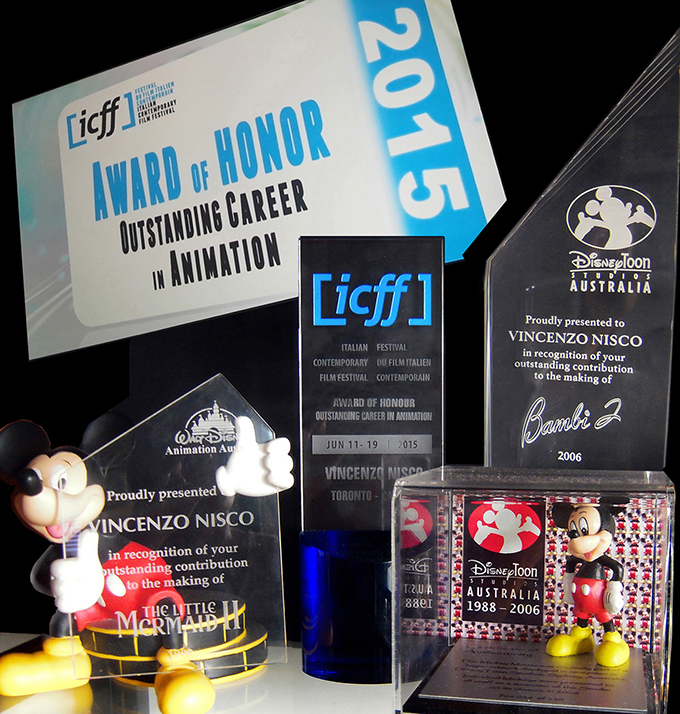 What are the elements you regard as fundamental to the making of a successful character or a memorable environment?

The two things can’t be separated; let’s say that there are two fundamental elements to a good animated product: these are the story and the originality of the idea!

At the moment you have the role of Art Director at Rainbow CGI – Animation Studios, what does an Art Director do in a 3D Production company?

I have to follow the productions from start to finish, paying attention to the quality and the style – they have to be consistent throughout the whole project.

What production did you get more excited about? What is the hardest challenge you have had to face and the greatest result you have achieved?

I must say Tarzan 2 and Bambi 2, because I had the chance to work with Glenn Keane and Andreas Dejas, two legends of Disney animation. For Bambi I also had the satisfaction of winning an Award as “Best Layout Artist”. Then, I have to mention Winx 1 with Rainbow CGI, which was a great artistic and productive challenge, being the first Italian 3D full-length movie.

Your job requires the ability to manage many creative people, all passionate yet with different personalities and skills – artists, technicians and the Production team. How do you get them all to work together for a common goal, meeting their different needs without ever overlooking the artistic aspect?

We work as a team and in a team everyone has the same goal. Being all experienced professionals, they know they need to make artistic compromises in order to achieve their goal.

In 2006 you were invested with The Order of Merit of the Italian Republic by president Napolitano for your extraordinary international achievements. Can you tell us what you thought when you learnt the news and how it feels to be invested with such a prestigious title?

It was definitely an unexpected and gratifying surprise. I was in Sydney when I was summoned to meet a representive of the Italian Consulate, who told me I was being invested with that title by the Minister of Foreign Affairs.

What advice can you give to all those guys who are creative, talented and passionate and want to pursue a career in this field?

They must work as hard as they can, challenging their own skills, passion and will every single day. They need to watch and learn, studying the true “masters” of this profession; and they have to be aware that confidence and self-belief are key to achieving certain objectives.