THE WAY OF SUCCESS: Interview with Vincenzo de Cesari 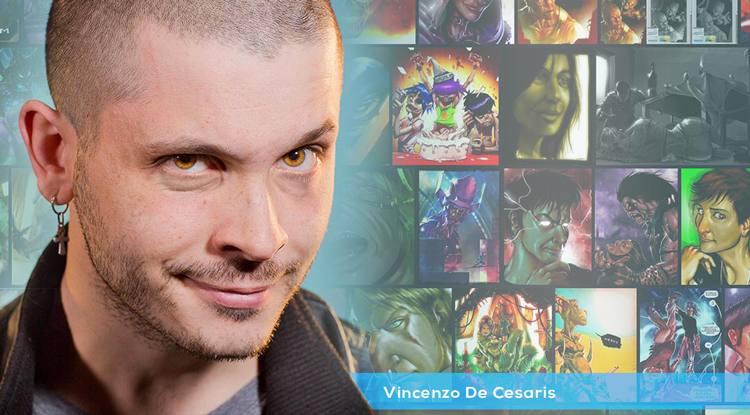 For out feature THE WAY TO SUCCESS, we meet with Vincenzo De Cesaris, former student at Rainbow Academy and currently Animator at Rockstar, one of the largest companies in the world of videogames.

let’s start by talking about your career path and how we first met. We were at the Lucca Comics and Games fair and you won a contest with an amazing Joker you sketched in 8 minutes, do you remember that?

Hello everyone! Damn, it feels like a century ago… I was in Lucca with my editor and we were presenting a new collection of stories by emerging artists (at the time I was mostly active in the comic and illustration world). I was so tempted to experiment with Cintiq at the Rainbow stand that I decided to give it a go, but I had no expectation of winning the contest! After a long chat with Francesco Mastrofini, Rainbow CGI’s CEO, I was totally won over and I wanted to join the Academy at all costs, so I managed to enroll in class 6. .

You started working in the field of comic books and illustrations, then you moved to full cg animation before going abroad to begin a career in the gaming industry, your greatest passion. It must have been an emotional rollercoaster…

Yeah, a big adrenaline rush! It all happened so fast, actually… after my experience at the Academy and that in Rainbow CGI as a generalist, I found myself thrust in Hamburg, Germany, as animator of a mobile RPG game for Goodgames Studios. Once the contract expired, and after updating my showreel, I was sent an email by Rockstar North telling me about an open position… It was impossible to turn it down.

I’ve always loved comics, and all I learnt working in that field has come truly handy during my career. I like to think that there are some universal notions that characterize all the visual media: composition, staging, rhythm, character interpretation and, in general, the language and rules of visual storytelling. My passion for videogames blossomed a little later but it had a terrific impact on me: I was totally blown away by Half-Life by Valve and Shadowman by Acclaim the minute I set eyes on them. From that moment on I have spent years learning as much as possible about how to develop a game and I have also managed to make a rather long series of (clumsy) experiments and demos. It is almost moving and endearing to think about them now, but they have served their purpose.

Now you work for one of the most important companies in the world of Videogames, how does it feel?

It’s given me great satisfaction and it is still tremendously exciting. Rockstar is a huge team, plenty of amazing talented artists who have a lot to teach, and the Scottish headquarter is one of the nerve centres of the development process. It is a challenging location always looking ahead towards new experimental techniques and workflows.

Many people don’t know much about what it means to be specialized in Game Animation, what are the main differences between game animation and full cg animation?

There are many points in common between keyframe and motion capture animation: one of the most fascinating characteristics of animation is the universal nature of its basic knowledge, which is the same for real-time cg and traditional 2D. The distinctive element of videogames is the presence of a player. Every artistic choice and decision is made with the gameplay in mind: fluidity, response time, rhythm and readability… Everything needs to be tailored to the needs of the player; the game has to be totally enjoyable and not frustrating. It is typical to receive some material that seems imperfect at the editor stage but that actually works perfectly in the finalized game. 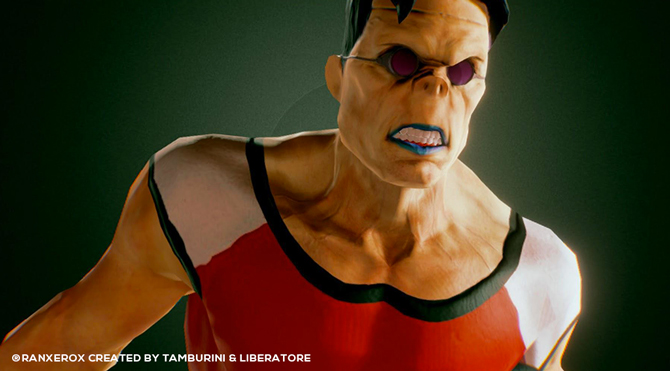 What is the most common problem an animator has to face and what differences are there, if any, with the other departments?

A crucial element of game development is the collaboration with the designers: ideas come and go, bouncing back and forth from department to deparment until a feature is perfectly ready and shipped.
During this process it is fundamental to be able to communicate your ideas as clearly as possible and to be diplomatic enough – indeed, sometimes arguments can get a bit too heated.
I remember once I had a meeting with my team in Hamburg where we had to decide whether the characters of our mobile game needed some special animation of them running. One of the designers simply suggested speeding up their walk. It made sense: walking fast = running. Me, my colleage Paula and my lead Jay (a super tough veteran from Blizzard) looked at each other for some endless seconds, then we grabbed a notebook and played a clip from The Benny Hill Show to prove our theory. It was rather funny.

In your opinion, what are the most important characteristics of a Videogame Animator from an artistic and technical point of view?

Besides some good basic knowledge, they need to keep their eyes trained – the ability to recognize the right performance and the body language can make an incredible difference, especially for those who work with motion capture, which means the majority of tiple A productions. Writer Ed Hooks claims, in his book Acting for Animators, that “thinking tends to lead to conclusions, and emotion tends to lead to action”. Which is why, when working on a shot, we tend to give actors instructions that can evoke a mood or an emotional state, trying to enhance the realism of their performance.

Then, it definitely helps to have good knowledge of how design and coding come into place in the creative process, exactly because it is important for there to be synergy with programmers. In a medium or large team it is commonly believed that a good general knowledge of all the production stages is not needed, yet kowing what happens at every stage of the pipeline helps to optimize work and foresee and prevent future problems – this clearly makes life easier to all those who are involved in the production.

Are there any artists that have influenced you over the years?

What a difficult question to answer… there have been so many. When I worked in the comic book industry, I was deeply influenced by masters such as Jack Kirby, Frank Miller or Mark Bagley, and I could also mention Chuck Jones, Eric Goldberg and Milt Kahl. One illustrator I am particularly fond of is Dave Rapoza, and I am totally spellbound whenever I see a new work by Pascal Blanchè or Stephen Vyas. 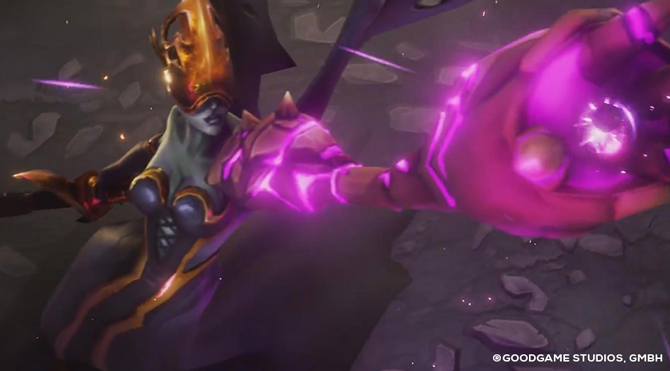 What projects have you worked on in the last period, which has given you the greatest satisfaction and, if I may ask, what are your future projects?

In the last year I was lucky enough to take part in the development of Red Dead Redemption 2, a boundless and extremely complex western epic, which I had already found breath-taking when I had first accessed the Player Test Build. Seeing the enthusiastic reactions of players around the world when it first came out was one of the most surreal experiences in my life. It was a great, huge satisfaction for the whole team. The next game we are working on is top secret at the moment, but we are all extremely excited and are looking forward to sharing more detail about it in the near future!

First advice is to avoid trying to find a specialization at all costs and too soon; while it is important to be as curious, fluid and open-minded as possible and to learn something from every single thing that they are interested in. They should try to understand how a movie they like was produced, how a painting they love was made or how a piece of music was composed. All creative stimuli are linked together and work together to constantly feed one’s desire to produce something new. There is always time to find a specialization, but it is important to find the right one at the right time.

Can you leave us with one last sentence that could be useful to all those guys who wish to pursue a career in this field?

My former Lead, Jay, would always sing (probably with a tiny bit of sadism) the following line from a Steely Dan’s song: “You go back, Jack, do it again…”. It perfectly expresses his belief that it is fundamental to start back from scratch without any hesitation when things don’t work they way you’d like them to. I think it is a good general rule… and a great song!

Thanks Vinz, come back soon! 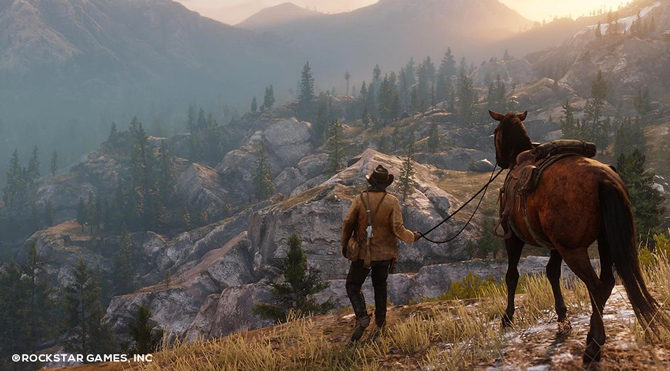