THE WAY OF SUCCESS: interview with Fabio Messina

it is a real pleasure that you have agreed to share your experience with all our students. Let’s start this interview by saying that you hold a special record in our academy: you are the student with the highest average rating ever from our course in 3D Digital Production, basically you are a super nerd! Have you always loved this world? How did you get into Computer Graphics?

Hello there, I am very glad to be having this chat with you and to have such a solid relationship with Rainbow Academy. Yes, indeed, I know I still hold that record! I have always been interested in arts and graphic design since I was a child, but I studied Computer Science Engineering. After graduating I felt the need to change my career path and I realized I needed to find a new school. Several weeks later I became aware I had made the right choice, because this job is the ideal combination of technique and art, without forgetting my passion for videogames, comics or anime.

You started your career by working on full cg animation at Rainbow CGI, what was it like to move to VFX?

Moving to VFX actually felt like a big change, especially in terms of workload, since the projects of large VFX studios are also the most expensive films in the industry. It is not a traumatic transition, you don’t need to learn so many new things. Personally, I loved both experiences, but now I miss a little the light-heartedness of working on an animation movie.

In your opinion, what are the main differences between the two industries?

In the VFX world, you are less free to express yourself and to experiment. Most of the time you are creating a perfectly realistic digital asset, often the exact copy of a specific actor, or animal or object. Your job is rather clear and predetermined; you have to make it look as similar to the original as possible. Also the time at your disposal is quite different from most of the animation productions. You can spend months on a single asset, which leads you to pay extreme attention to every single detail. Another difference lies in the fact that working in the VFX industry is often very sector-based. You tend to spend a lot of time in a studio, even years, and you learn very little of what goes on in the other departments.

Many people don’t know what it means to be specialized in Grooming, what does a Groom TD actually do?

Groom Tds or Groom Artists take care of the making of some physical features of characters (or sometimes props), such as their hairstyle, body hair or plumage. In some studios this department also takes care of the vegetation. It is a job focused on assets, which is closely related to modeling and lookdev. All the parts of the production that entail the dynamic behaviour of these elements in a shot are assigned to different departments.

What is the most common difficulty in a department like yours and what differences, if any, are there with the other departments?

The main characteristic of Grooming departments is that their work is not as standardized as the one of the other departments, indeed all the studios make use of very different techniques. Some use Xgen in Maya while others use other plug-ins, or they use Houdini or some other unknown tool. It might sound as a mere technical detail, while it actually affects this job deeply.

What do you think the characteristics of a Groom TD should be from an artistic and technical point of view?

From an artistic point of view, they definitely have to pay attention to detail, to understand the importance of rhythm in art, and to be able to analyze the characteristics of that little chaotic thing that is a hair reference. From a technical point of view, their skills might change depending on the tool they use, but it is definitely important to be confident in basic mathematics in order to properly master all the procedural and occasional elements used in grooming.

Is there any artist who has influenced you in terms of style or technique?

As everyone else, I see a lot of excellent artists I learn something from. Perhaps though, Visual Effects are nowadays always so good and well-made that you can’t really see a specific style. Talking about personal galleries, I truly love Eugen Fokin’s work. I still believe though that it is important to find inspiration outside of the industry: paintings, old (or new) films, comics, nature itself. Anything that can strike our imagination with some novelty. You might not want to make the umpteenth ogre or dragon! 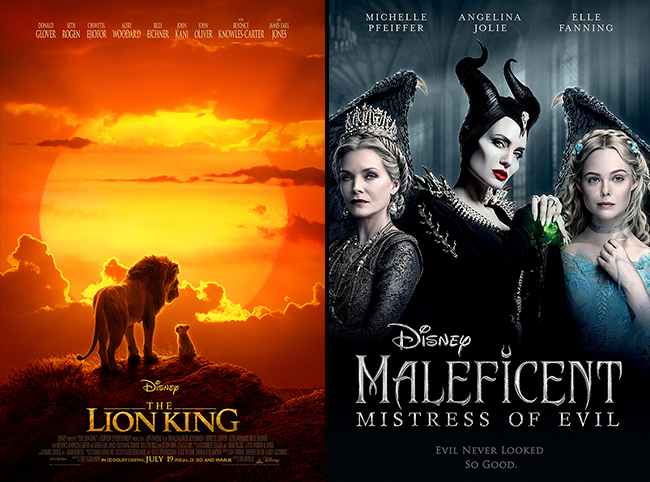 What have you worked on recently and which production has given you the greatest satisfaction and left the best memories?

In the UK I was lucky enough to take part in many important projects, including The Lion King, which has definitely stunned everyone at the movies (even me!). Personally, I spent many months working on Maleficient: Mistress of Evil, where I had the honour of grooming the plumage of the main character, Maleficient, and taking care of all the feathers in the whole project. It was a stimulating challenge. I also have good memories of Dolittle, even if the movie hasn’t been particularly successful. As far as animation is concerned, I am truly glad of having contributed to the making of Angry Birds Blues during my time at Rainbow CGI. It was my first job as Groom TD in a proper production. And then there is 44 Cats, where I worked in the rigging department. After working in the UK I found my name featured in the credits at the cinema, but seeing your name every day on the television was something truly special.

What projects are you currently working on (if you are allowed to talk) and what are your future objectives?

I recently finished working on the next Fast and Furious, where I had the role of Creature TD. Talking about my future objectives, besides wanting to learn and broaden my knowledge of other tools, I would also like to get back to animated cartoons!

It’s always hard to give advice, but I guess I’ve gotten to an age when people ask you for some. First of all, I believe that it is important to know what this profession is truly like. Very few people (who don’t work in our field) actually know what happens in a studio. They should try to understand whether they are apt to 3D or pre-production, concept art or something else. Then, I can not not mention the importance of dedication and hard work; while it is also important to avoid being obsessed with the CGI world alone. I always try to add some external influences to my job, such as an anatomy book or a photography course. One last piece of advice I’ve heard and wish to make mine. Some time ago, during an online ZBrush workshop, Glauco Longhi (Santa Monica Studios, Naughty Dog) said to the attendees: “Don’t try to be different at all costs. Just try to be good, because being good is different enough.”

Thank you. I hope to see you again very soon!